Yoga and the Fight Against Apathy

Yoga and the Fight Against Apathy

While taking a walk after an intensive yoga practice, my mind began to mull over the things I have learned thus far surrounding the physical practice of Yoga and its connecting spiritual practice.  Having graduated fairly recently, my mind is continually turned towards social responsibility and how we are to be the stewards of our neighbors (strangers and those whom we know).

I have been searching for how to describe to those who aren’t spiritually inclined to Hinduism or Yoga, what the practice could mean; what the benefits can be.  And like a light from above (or more so, like being aware of the world around me) the term “By-stander Effect”  flashed across my internal screen.

Plainly put, bystander effect is apathy, or inaction, by other people, when they see that someone is a victim while there are people around who are witnessing the same thing.  People are less likely to help someone when others are present.  This leads to the diffusion of responsibility, a kind of “it’s not my fault; someone else could do it,” when many witness an action of inequality, violence, or inappropriate behavior.  Many times people see someone in need and automatically assume that another is taking care of a situation if it is prominent enough.  Maybe I could coin the term the “Captain Hero” effect?   “’Captain Hero’ is on the way!” we tend to think.  “’Someone else’ will stop and help, say hello, ask them if they need anything, or how their day is going.”

In the Bhagavad Gita, one of Hinduism’s foundational texts, we find a scene where Captain Hero, the concept of Someone Else, and the idea of I Don’t Have To or I Can’t take center stage. Riding in a splendid, gold chariot, drawn by magnificent white steeds stands the would-be hero, Arjuna, ready for battle; bow uplifted and drawn.  Next to him, stands his devoted friend and earthly manifestation of God (though at the time, Arjuna is not aware of this), driving the chariot.  Krishna is holding the reigns with confidence, guiding Captain Hero, Arjuna, towards the battle against those who would destroy him and take from him his birthright; the kingdom.

Arjuna, right before he releases the first arrow, sees the figures of his enemies, lowers his bow, and begins to lament the loss of life that will incur due to war.  The enemy, literally, is his family.  Symbolically, they stand for ignorance; they are outcomes that have deleterious effects (i.e. greed, lust, hate, sloth, anger), when not girded by right intentions, or focus ( the practice of awareness, empathy, compassion, right-action, boundaries, detachment, etc).

What one learns in the spiritual study of Yoga is that our actions, when guided by the proper and correct intentions, once made, are now in the hands of God.  Krishna (a symbol of God) in the Bhagavad Gita, is the charioteer, driving us towards battles, our destiny, an outcome, which if we will allow for it, if we continue to hold our bow up with the aim of ending our worst enemy (those things within ourselves and of our person which disallow for our ultimate health and well-being), the battle will be won in our favor.  God (Krishna) will guide our horses (our sense perceptions of the world and nature; our intuition) to pull the chariot (the body, and quite possibly the mind) towards our best outcome, while  all the while telling us the “right action(s)” to take.

In the end of the story, we do not find that Krishna (God) has taken over, pushed Arjuna out of the way, called him a weakling and set him aside to swoop down and fight the battle for him.  Nor does God (Krishna) take the bow from Arjuna’s (Captain Hero) hands to fight Himself.  Arjuna is told to just FIGHT, using all the gifts he has already been given.  Arjuna has strength, self-control, openness, and a liberal spirit (this last bit is totally my interpretation).  Krishna tells him, this is Arjuna’s fight, and no one else’s.  Nobody else is going to do it.  He is his own “Prince Charming”.

I am in the process of gaining strength and health, which my prior efforts had not placed me correctly on the path towards.  As a witness to my own life, within my own life, I see the desire to have Captain Hero, cape flying, theme music bumping (possibly a bachata or sappy old school love song) swoop down and replace the adversity in my life with ease.  Ease that will not belong to me, nor be navigable by me because I did not make it.  Ease that I will not command because it would belong to Captain Hero.  Here is the clincher though!  Through my practice of Yoga, I have access to God in my life, which guides me towards the right actions to cease suffering in the battle, the “game”, the “process, or the “practice” (take your pick), if I take action.  If I see danger for myself and within myself, I do something.  Working towards not being a bystander in my own life, being the only one to ride in the chariot (body) I possess, the concentration of responsibility is safely in my hands.

Nobody else, with the awareness of God, can do it. 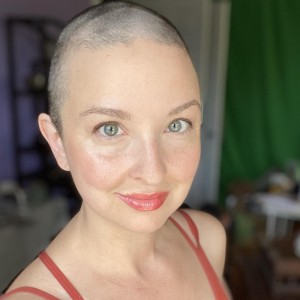